Catching up on another great day that we had in the Upper Peninsula this summer. We went to Laurium and toured the Laurium Manor, originally the Thomas H. Hoatson House which is on the National Register of Historic Places. 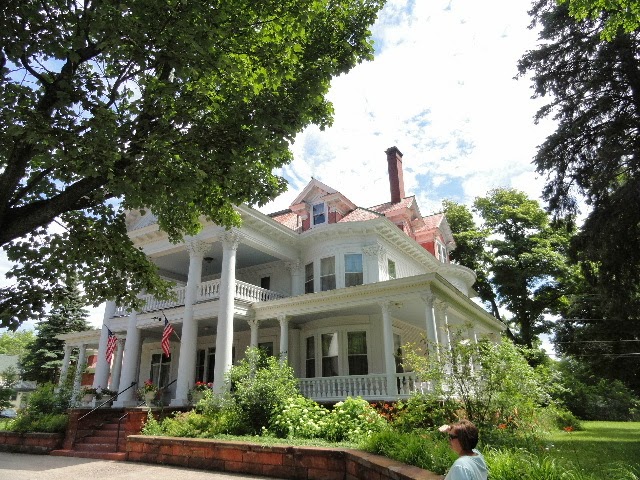 The year was 1908 and all over the Keweenaw Peninsula mansions were being built by the wealthy copper mine owners. But in Laurium the largest and most opulent of them all was just being completed. Built for Thomas H. and Cornelia Hoatson, owner of Calumet and Arizona Mining Co., no expense was spared building this 45 room, 13,000 sq. ft. mansion on four floors. At a time when miners were making 25 cents per hour, this house was built at a cost of $50,000 and $35,000 of furnishings were added. The Hoatson's owned this home until 1949. The Hoatson House is now a Bed and Breakfast called Laurium Manor.

The first room we toured was the library with an impressive fireplace. 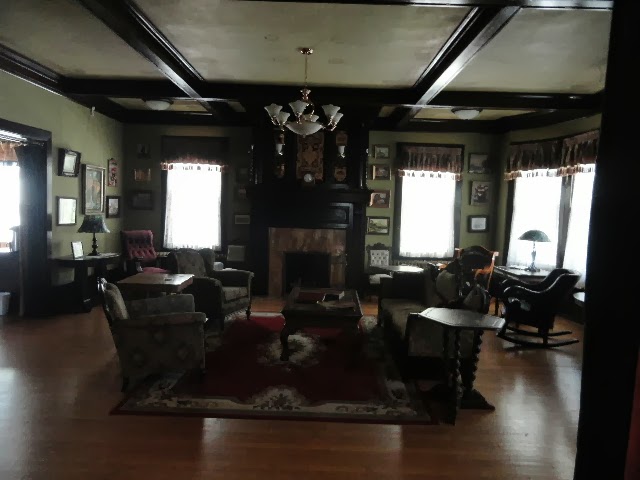 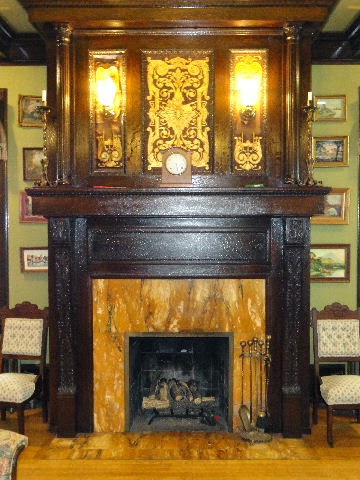 The dining room had an interesting elephant hide wall covering. 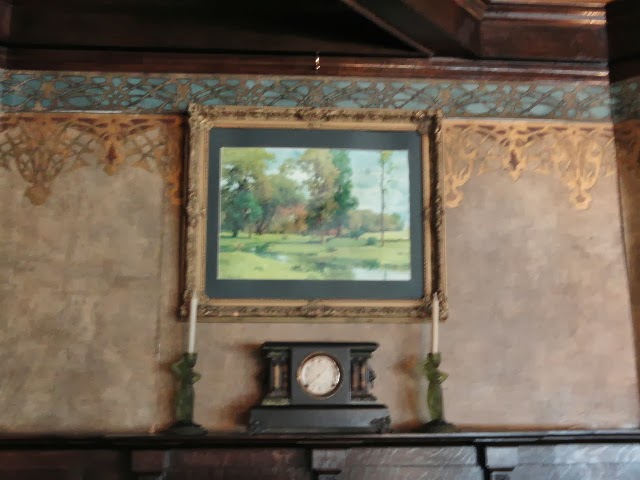 Along with a curved radiator to match the exterior wall. 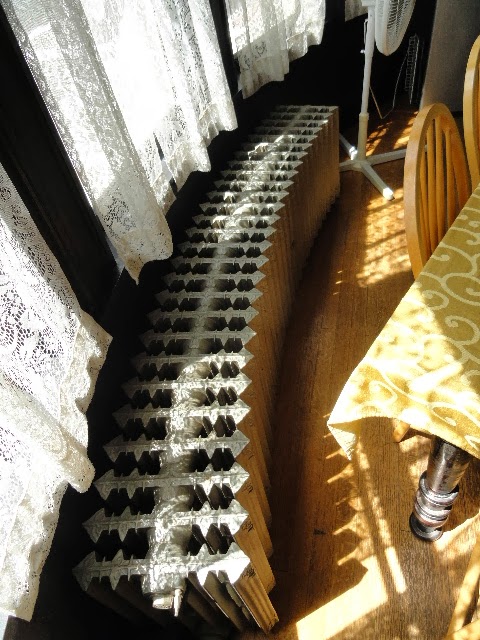 Lots of stained glass in the Upper Peninsula, this is part of the one on the main staircase that measures 14'x9'. 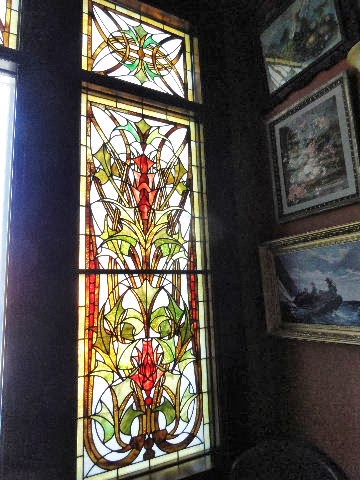 The Hoatson's did a lot of entertaining so they put in a 1300 sq. ft. ballroom on the upper level. 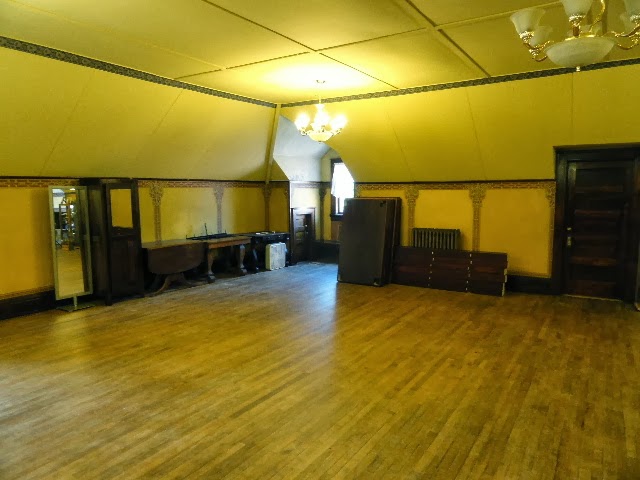 The most fascinating thing about this house though had to be the garage. 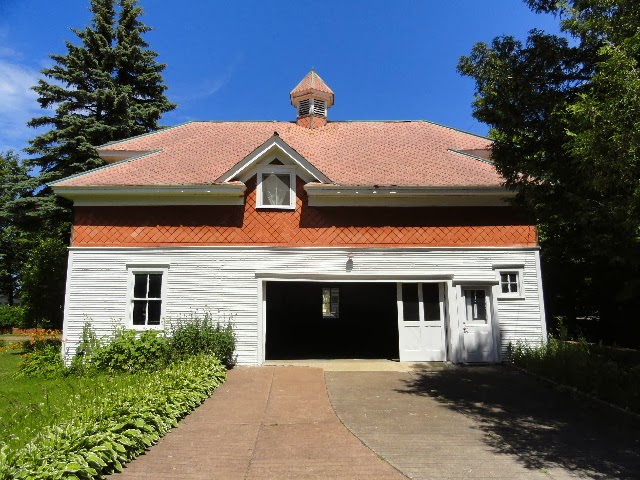 Inside the garage was a 15' turntable that an early automobile was driven on and then rotated to facing out since there was no reverse on that vehicle at the time the garage was built. 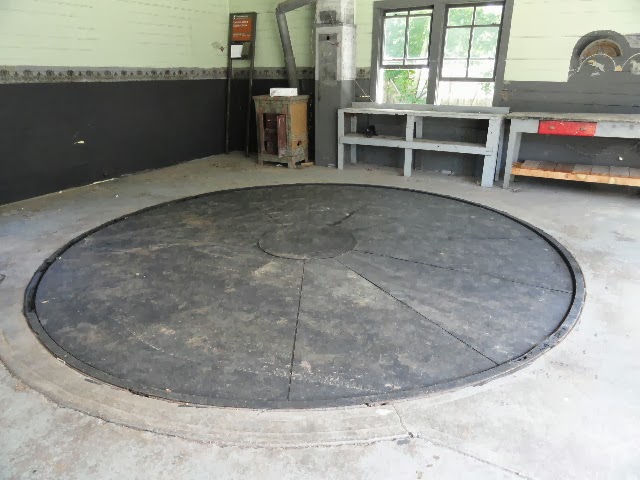 Another great day on the UP this summer.