Basically a photo journal with some commentary.

First stop was the Natural Bridge, which is not a bridge but really is an Arch like you would see at other Utah National Parks especially at Arches. 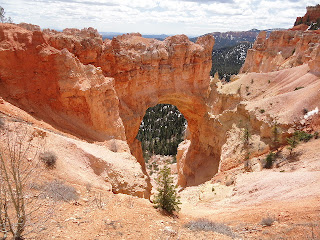 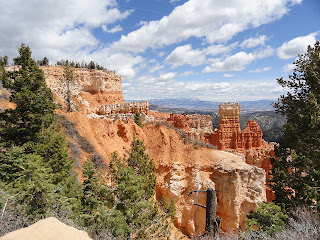 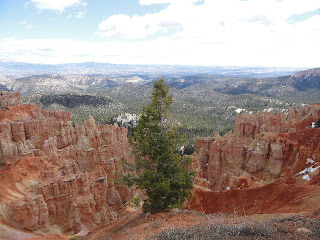 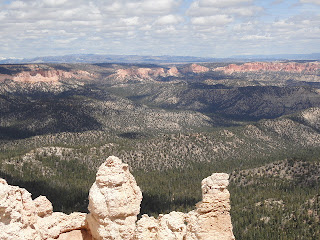 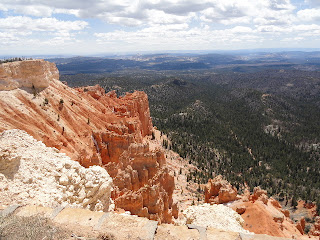 A pullout near Rainbow Point. Since we were there in April the shuttle was not running so we had a little bit more flexibility than you would have in May-October when the shuttle is running. 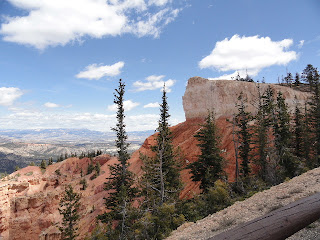 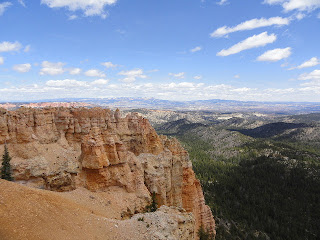 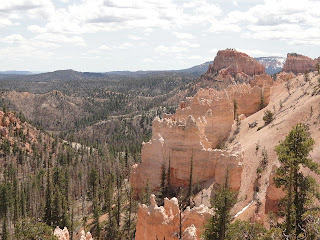 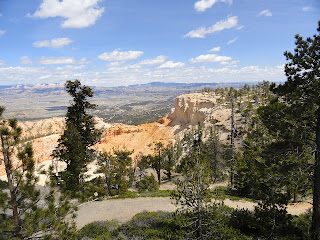 Pygmy Nuthatch (this one is for Judy) on a tree at Bryce Point. Really makes you appreciate Judy's photography skills as we deleted a lot of pictures of the backside and blurry ones. This was the only usable one. 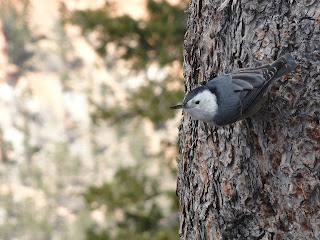 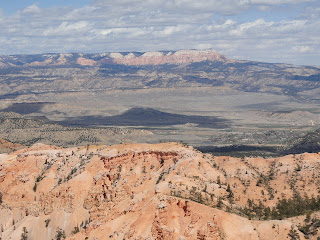 Inspiration Point; accessible by road and then up a steep incline or by the rim trail from Bryce Point. We would recommend the rim trail as it is less strenuous on the knees. 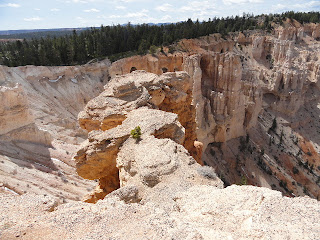 Fairyland Canyon; this really amazed us. From an erosion perspective this area is much younger than the other areas. In fact in relatively few years the edge of the overlook where we took the pictures will slide to the canyon floor. This area is so active that after a storm you can actually hear nature at work; water trickling downslope and pebbles clattering to the base of the cliff. Though caprock preserves the pinnacles for a while, they eventually tumble. New hoodoos like the ones pictured next will appear right where we were standing when we took the pictures. 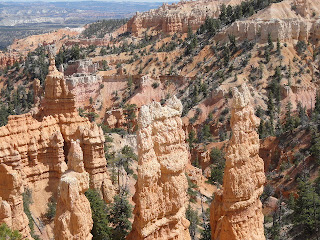 We have really enjoyed our stay at Bryce Canyon National Park and if you have not visited here you must add this to your list.

As we mentioned before we will upload the countless number of photos we have taken here when we have faster and more consistent internet.