It's weird to be the same age as old people!

August is Bob's birthday month and for us it is a month long celebration. We sign up for a lot of eclubs that give us free meals for your birthday and we tried to use them all :-)

Starting off with a BOGO free meal at First Watch to a free sub at Jersey Mike's to a free slam at Denny's to a sundae at Culvers to free cinnamon breaksticks at Pizza Hut to a free sandwich at Schlotzsky's it was a great month.

The highlight though was another great meal at 1011 Bistro where we both got the sea bass. This is what you get for celebrating your birthday there, a hazelnut chocolate tart, it was delicious. 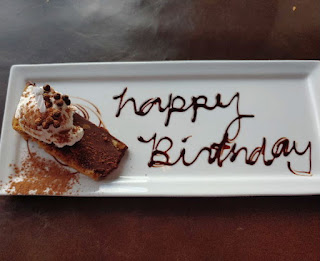 As August ends it means that the college football season is upon us. The team from Bob’s alma mater, The Iowa State Cyclones, are entering the most hyped, most anticipated year ever. The preseason AP poll had the Cyclones ranked #7 which is their highest preseason ranking of all time. The preseason magazines are paying attention and the Cyclones figure prominently on the front and back covers of 3 major publications. Bob is poring over thes magazines to prepare for the September 4th kickoff against UNI. 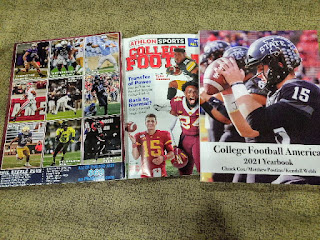 Bob has taken ‘drinking the Kool-Aid’ to the next level. 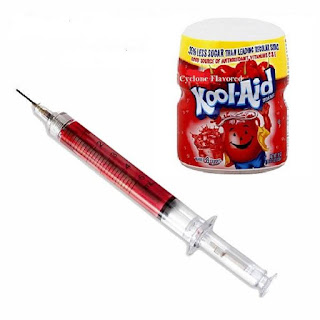 Bob is so pumped up he got a new shirt. 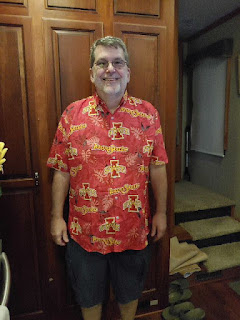 Speaking of shirts, with the new Name Image Likeness (NIL) rulings college players can make money off of endorsements, clothing, appearances, etc. Rory Walling is a special teams player at Iowa State and he did something incredible. His t-shirt is a military appreciation t-shirt and he will be donating all of his proceeds, in his own words, "This shirt will honor all of the servicemen and women fighting for our country. This shirt holds a special place in my heart because both of my grandfathers fought for our country. The military presence in my family taught me to stand up for what I believe in and live with integrity. A quote that I've held with me is, 'All gave some, but some gave all.' With this quote in mind, I want to support those who have fought and served for our country. As a way of giving back, we will be donating 100% of the proceeds to the Puppy Jake Foundation, a charity dedicated to helping military veterans through the assistance of well bred, socialized, and professionally trained service dogs." - Rory Walling 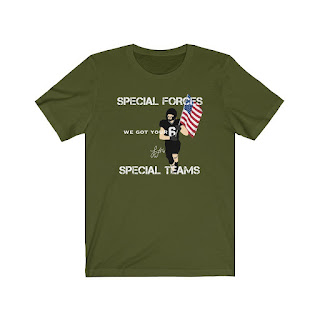 Bob will be wearing this t-shirt often, especially on September 11th (20th anniversary) when Iowa State hosts the Iowa Hawkeyes.