Fayette Historic Townsite is located within the Fayette Historic State Park on the Lake Michigan, or southern side, of the Upper Peninsula of Michigan. It was the site of one of the most productive iron-smelting operations in the UP that manufactured charcoal pig iron between 1867 and 1891 producing a total of 229,288 tons of iron. The town has been reconstructed into a living museum showing what life was lke in this tow in the late 19th century.

There is a neat diorama in the visitors center that shows the layout of the town as it was. About 500 people lived here, mostly immigrants from Canada, Great Britain and northern Europe. The town prospered during its 24 years of operation but then the use of hardwoods in the purifying the iron became too expensive and instead of converting the facility it was just shut down. The town survived for awhile as a farming, fishing and resort community but by the 1950's it was abandoned. The State purchased the land in 1959.

Today the Fayette Historic Townsite is a living museum with many restored buildings. Visitors may walk through the buildings to learn about life in Fayette during the late 19th century. Over 20 buildings are open, with restoration continuing on other parts of the town. 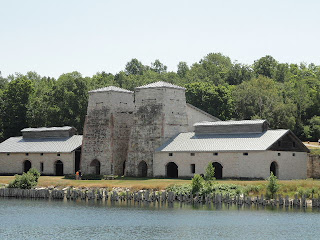 Here is a picture of the town. 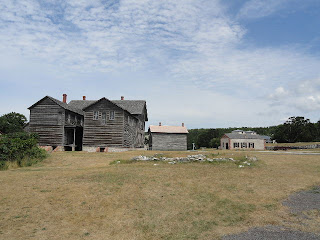 Along with the town there is also a very scenic beach area and harbor. We stopped in Garden on the way to townsite and bought chili dogs that we ate on a picnic table overlooking the harbor and shoreline opposite. 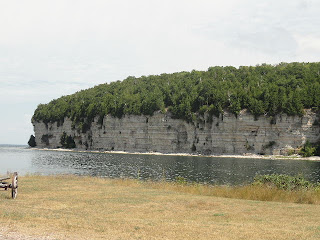 Photos from this visit have been added to the Rapid River set on Flickr.com.