After all the trails to get to the scenery we saw in the Munising area we took it a little easier in the Rapid River area. We mostly drove to Escanaba which is about 15 miles away and visited Ludington Park which has benches along the water. There also is a lighthouse to tour so you know we did that. We did take a day trip to the Fayette Historic Town Site that we will blog about later.

A typical trip to Escanaba involved eating at the Swedish Pantry which is great for either breakfast or lunch. Also involved was walking along the waterfront and then sitting on a bench looking at the water and reading. One day we toured the Sand Point Lighthouse and Delta County Historical Museum which are adjacent and covered in the same admission charge.

We also made it a point each time we were in Escanaba to hit a roadside fruit stand or even a grocery store. Believe it or not we bought blueberries at Elmer's Market in Escanaba that were better than any we purchased at the Berry Patch in the Kansas City area. The blueberries were from Michigan and we could hardly believe it ourselves how good they were. We went to the Escanaba Farmer's Market and got the best blueberries we have ever had and the best cherries this side of Wenatchee Washington. The sweet corn is also terrific and the tomatoes are just starting to come in. Last night we had BLTs and corn followed by blueberries and cherries and hot fudge and ice cream.

Here is a picture of the park we spent most of our time at. 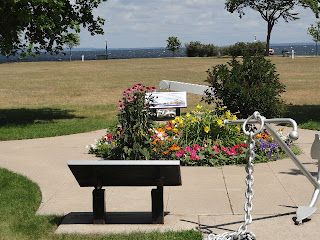 Here are a couple pictures of the Sand Point Light House. 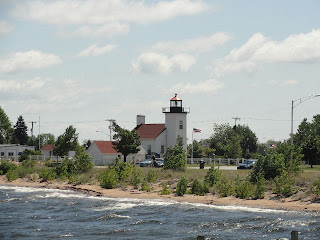 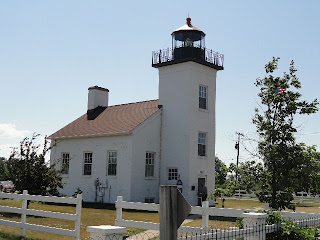 The campground that we are staying at in Rapid River has done a lot of landscaping in the park giving it a nice homey feel. 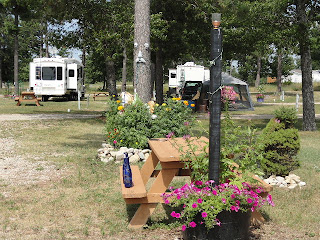 Pictures have been uploaded to the Rapid River set on Flickr.com